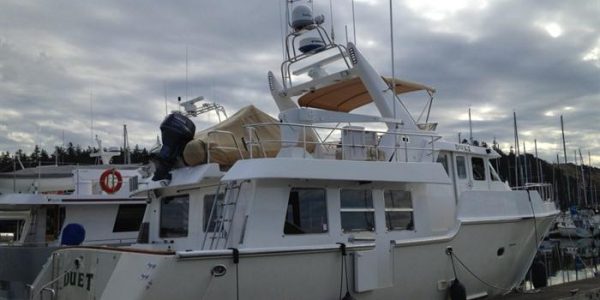 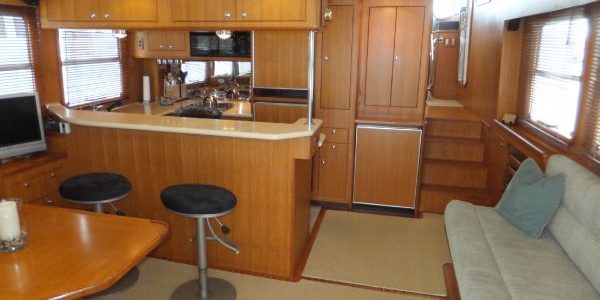 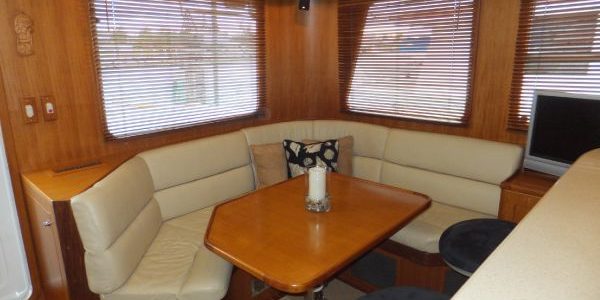 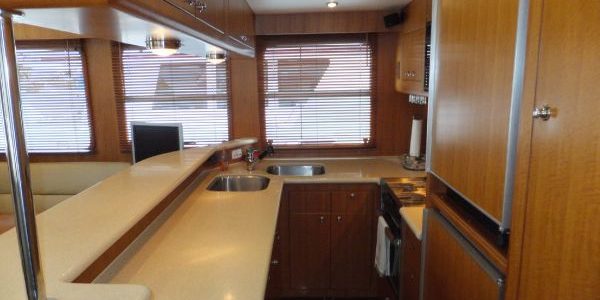 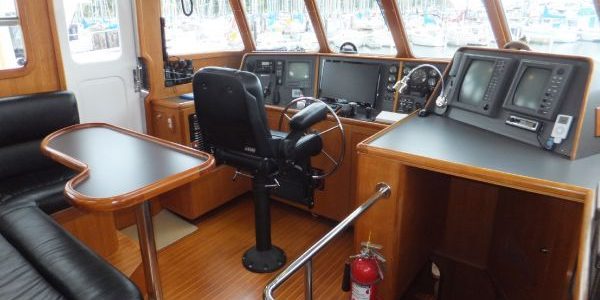 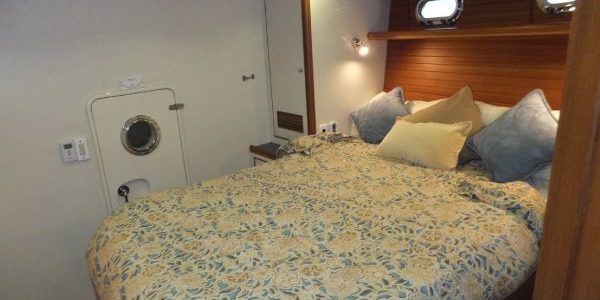 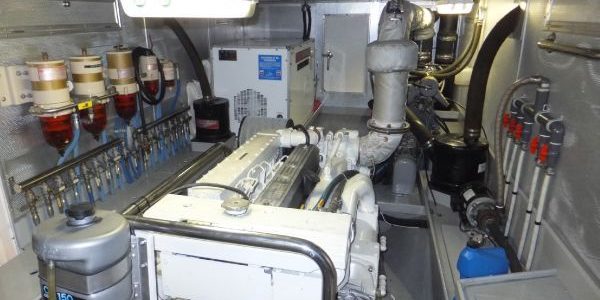 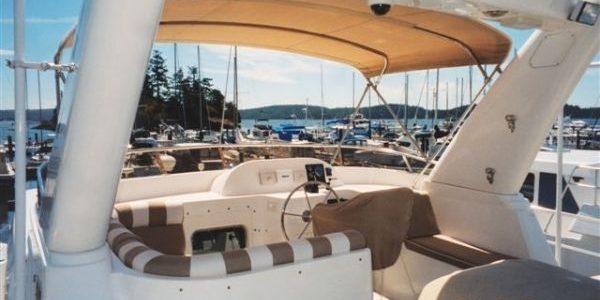 Duet is a Nordhavn 50,  and was commissioned in 2000.  She is hull #15 of 26 hulls built between 1997 and 2005.  The Nordhavn 50 was discontinued when the Nordhavn 47 was introduced, but is known as one of the most efficient hulls that Nordhavn has produced.

She normally cruises at 7.5-8.5 knots, burning approximately 5 gallons of diesel per hour, which gives her a range of about 2,000  nautical miles, with a 20% reserve and daily generator usage.  If she slows down to 6-7 knots her range increases to over 3,000 nautical miles.  She carries about 1,450 gallons of diesel fuel in 4 fiberglass tanks.

Duet weighs approximately 90,000 pounds with a full load of fuel, water and stores.  She is about 51 feet long and 16 feet wide.  She draws about 5 feet 8 inches, but we always assume that we need at least 6 feet under the keel.

She is a widebody design, which means she only has an outside walkway down her starboard (right) side, as you can see in the above picture.  That makes her living spaces that much larger.  Handling her without a port (left) walkway is similar to handling the Nordhavn 46, so we have had no difficulty.

Duet has two staterooms (bedrooms), two heads (bathrooms), a large galley (kitchen) and a big salon (living room).  Her pilothouse includes a Stidd helm chair and a comfortable bench seat for the off watch.  She has a semi standup engine room, which means that Captain Ron can stand (almost) around the engine, but has to bend over to access other systems in the back of the engine room.  She has a huge lazarette under her cockpit, which is rather like a basement.  Captain Ron has already taken it over completely and is filling it with various important items.

Duet has something our 46 didn’t have, a large flybridge with an area for seating and dining.  While we don’t envision running the boat frequently from the flybridge, we do see many nice outdoor cocktail hours in our future.

She also has a cockpit steering station, which means that Captain Ron can actually see where he is going when he is backing up, which was not true on the 46.  We can tell people that now, we didn’t tell them them when we had the 46, it tended to make them nervous.

Duel has many creature comforts, extensive mechanical and electrical systems and lots of safety gear.  We have listed most, but probably not all, of it below.