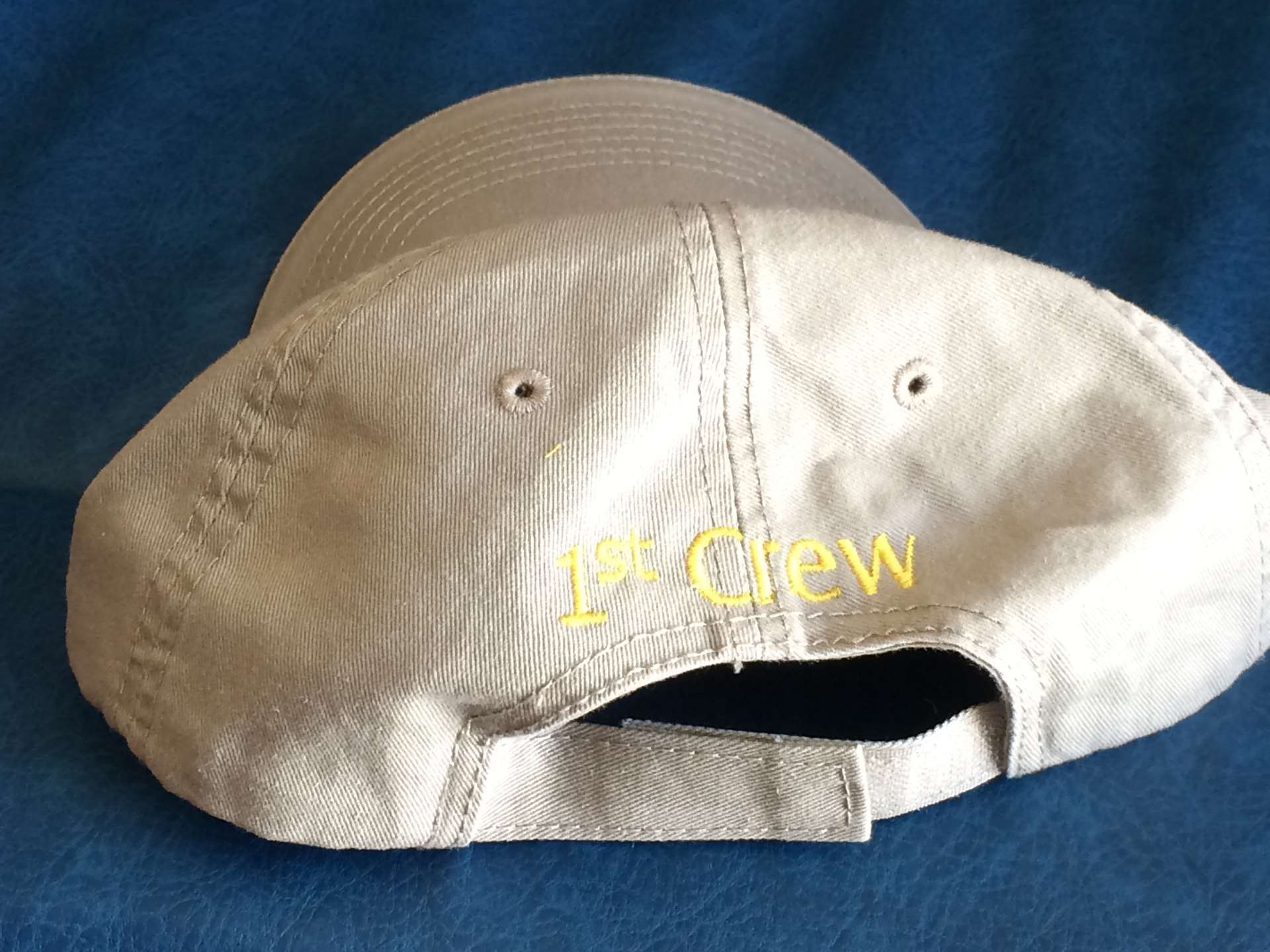 As I begin to write my perspective as the first crew aboard Duet I can’t help but to hear the words from Dr Seuss’s book, Oh the Places you’ll Go. Boating is one big adventure and you’re likely to get mixed up with many strange birds as you go, and it’s just that chance I love about boating. It’s easy to say I’m a parent of 2 beautiful kids who likes to read Dr Seuss. Being the husband to a very understanding and beautiful wife makes me a very lucky man. And me? I work full-time as a firefighter of which a small portion of time is spent on our Fireboat. But let’s go back some and set the stage.

My story begins some time ago… I was at the Seattle Boat show and met Barbara Lippert. Barbara was showing a N43 and between her and the boat I didn’t want to leave. I was saturated with all kinds of information and when I finally pried myself away I headed straight for the Dreamers group. Ron and Nancy were the first folks to welcome me after my introduction on the site. We had some common ground as we both purchased new (to us) bigger boats and were even in the same cruising areas.

I remember shortly after Nancy meeting my wife, Celia, for the first time, Nancy saying to Celia, “He’s hooked,” meaning hooked into boating or Nordhavns, either of which I was proud. I have proclaimed myself a boating geek many times! Celia is and was very aware of my boating addiction. Three days prior to our wedding I bought our first boat. All the playful warnings and jokes from my buddies materialized into a oh crap I better buy a boat before it’s to late! Silliness on my part, as Celia loves boating and she lets me run wild with my crazy ideas and plans. For example when she was 8 months pregnant with our son we were cruising the remote area of the Broughtons in our CHB trawler. Just a wee bit outta reach.

This fall I got an email from Ron and Nancy with the big question. That email was like the golden wrapper for a tour of The Wonka Chocolate Factory, essentially asking if I could swing a trip across the Pacific as crew aboard Duet, hypothetically of course! Before doing anything else I called Celia and asked permission. Kinda a big deal to support your husband leaving for weeks on end. Oh and there’s the daily routine of raising 2 children solo. In my excitement and the endless opportunities and experience this would bring me and to our family she quickly said go for it! Hell yeah! I just won the lottery, even though I only had one ticket, I was dreaming big.

First off, I was cruising on a Nordhavn, my dream boat, for days and days far out at sea! What other power boat does this? Next came the vision of a night sky lite up like a window into another world with endless stars. No man made lights to interfere with what Mother Nature gifted to mankind. Then came the idea of spending 20 days with Ron and Nancy aboard Duet, only 50′ long. A dichotomy of thoughts swelled into my head. The joy of sucking information and ideas outta these two wonderful and experienced people was and is tantalizing. Not only are they experienced boaters; they are successful professionals too.

I was, however, worried about our interpersonal relationships while out on such a big journey. My buddy who was a captain of a drill ship, mentioned that was his number one concern. I assured myself as a firefighter who’s taken classes in interpersonal strategies, this would be a small hurdle if any at all. As I say, “It’s easy to know your place if you know your place”(deep thought by Sean Kearns). My place is crew on their boat and so my job is make this the best for them and stay focused on my job just like at work, seems easy and doable! Let’s not forget all this is still hypothetical at this point and I’m in dream world thinking about all the above and more. I won’t get into all the details of why Ron and Nancy choose me. I believe that’s for them to say. I will say I was and I am still very humbled to be in this position.

A couple weeks passed and I got the official word… I was a go! Excitement yes, but now it’s no longer dreamland but logistics and planning. Even as I say that here and now I have done nothing compared to all the logistical planning Ron and Nancy have done. It’s very clear, if you’ve followed any of their blog, the amount of effort and love they put into cruising.

My first hurdle was getting the time off work. Yes, firefighters have a sweet schedule, but taking 6 weeks off was still a challenge. Luckily for me the timing for our vacation picks was near at hand and I was able to get all the days but one. A phone call to a co-worker and that shift was covered by him! Thank you, Travis Smith!

I proposed an idea to Celia first about meeting up with Duet prior to our big trip. My logic was based on all my fire training. You don’t show up to a fire one day and say I got this. You practice first and then practice some more. Celia totally agreed even though I felt guilty for basically saying ‘hey in addition to these 6 weeks how about I leave for another week and enjoy some nice weather.’ I then asked Ron and Nancy if I could fly down and meet them a month or so prior to leaving. They of course thought that was a great idea.

The winter months flew by with the carrot of cruising shortly away. I had excuses to buy new things like a tablet, Sperry sandals, DeLorme messenger, and 5 pairs of new shorts as living in the NW affords maybe 3 months of sunshine. My bags packed and some refresher Spanish lessons from Celia and I was off to Duet. Unfortunately, after eating some bad food aboard the plane (not eating plane food again) and being in the backseat of a car from Cabo to LaPaz for 2 hrs I showed up to Duet sick. Ron and Nancy showed me to my stateroom and laid out the best rules for the boat I’ve ever heard. If you need privacy close the door, if not leave the doors open. Nothing is off limits, feel free to look in or go anywhere in the boat, this is now your boat too. (Editor’s note, Ron and Nancy learned this from Bruce and Joan Kessler)

Then they left the boat for dinner. It wasn’t long before I discarded the offensive plane food and immediately felt better. If I’d known where to meet Ron and Nancy I would have met up and enjoyed meeting some more Nordhavn owners. Since this was my first trip to Mexico I didn’t want to get lost only 3 hrs in the country, so I did what any boat geek would do…I started opening hatches to get a feel for Duet. Bulbous bow to lazarette I mapped out the key pieces of gear, thru-hulls and anything else which may need service or located in a time of need. I ventured around the boat in this fashion for a couple hours and honestly, it was so nice to have the time to get to know Duet. I believe you absorb some technical details through osmosis, so the more you sit and look at something the more detail you can pull out of it. Duet is a very detailed boat with many many more systems then my little Orca. When Ron and Nancy came back they were very happy to see I was back on my feet and not so green!

The next day we pulled out of the marina and headed out to some islands to do some cruising. 4 days flew by with little projects, lots of questions from me, and maybe a Happy Hour or two on the flybridge watching sunsets. We deployed all emergency gear, survival suites, ditch bags, medical equipment, and damage control equipment and talked about tactics for fire & water intrusion. The shake down cruise was a huge success and as time does on a boat it passed quickly. Before we knew it I had to catch a plane back to Portland and get back to work. I can easily say any fears I had about mixing into Duet with Ron and Nancy were far from my mind. We worked like a team who’s had far more time together then the few days that I was down. I’m very much looking forward to the next chapter titled something along the lines of Pacific Ocean Crossing! Until then!